Read about the new staff structure at The Old Post Office....
Members may be aware of the staff movements towards the end of the year, but may not be aware that at the Committee’s Strategy Day last August it was recognised that we needed to review the structure at TOPO as the demands on the staff had become unsustainable.  Without change both membership services and our events calendar could become more limited, there would be no scope for future development of the Club’s activities and perhaps most importantly as a responsible employer we could not continue to expect so much of the staff.

However, if we wanted more out of TOPO moving forward, whilst offering an acceptable working environment, then we had to be prepared to invest the future of the Club and our staff.  The outcome of the review was delayed as a result of the staff movements and the provisional plans had to be revisited to take account of the changes, but this also allowed a more fundamental review to be undertaken.

In December the Committee considered a restructuring proposal and after lengthy discussions, to probe the benefits and confirm affordability, the proposal was unanimously approved.  CLICK HERE to download a diagram of the new structure, which is effective immediately.

As part of the re-structuring we are delighted to confirm that Gemma Price re-joins the Club on a permanent basis as the Racing Competition Secretary and as such will head-up the Competition Department.  Gemma will be supported by Andy Conway who becomes the Speed Championship Secretary, the Non-Speed Events Secretary (when this post is filled) and Callum Pharo who becomes the Competition Administrator.  The decision to assign separate leads for Racing, Speed and Non-Speed events ensures that Competitors, Officials and Members alike all know who the primary point of contact for each event is.  It will also provide a greater level of continuity and empowerment in the Office and so lead to a better level of service.

Any changes to the Competition Department in isolation would have a limited impact and so the new Club Services Manager post (when filled) will become the ‘Members Champion’ as well as drawing away from the Competition Department matters which are not directly competition related so that they can focus all of their efforts on our events.  James Taylor becomes the Communications Manager with a much clearer focus on extending the Club’s press exposure and social media coverage, whilst improving our public image and the general flow of information.  Sally Duckett continues as Finance Manager and Gill Batkin remains as Office Manager.

We are confident that these changes will help Dave Salmon and the Team at TOPO continue to enhance and develop the services we provide to Members.  However, this is not a quick fix as we need to find the right people for the vacant posts and the new structure will need time to bed in.  Notwithstanding this, we firmly believe that this is a structure which in due course will allow the Club to exceed the expectations of the Membership, whilst successfully operating in today’s more challenging and competitive environment. 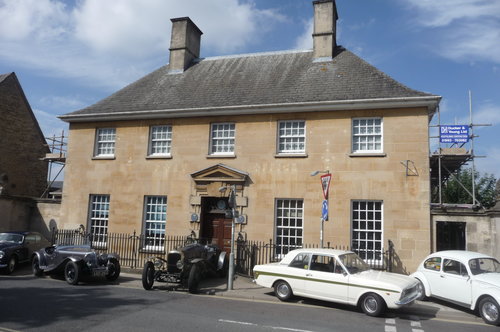