Paul Jeavons and crew beat the odds to get the better of the Short Wheelbase Cars and claim overall victory at the Exmoor Fringe Trial in his Vauxhall 30-98.
There was yet another strong turnout for the traditional season-opener, with just under 100 crews reporting to long-time Event Headquarters, the Anchor Inn in Exebridge, to take part in the Exmoor Fringe Trial on Saturday 13 February.

Persistent rainfall over the preceding few weeks promised the sections would offer a real slippery challenge and thus it proved, as Competitors faced a day of true ‘mud-plugging’ across a total of 14 sections, in Broford and Howe Wood in the Exe Valley north-east of Dulverton during the morning, and Ringcombe/Millbrook in the afternoon.

Now into its historic 25th year, the event has long been regarded for its slick organisation, with Graham White and his dedicated team, ably supported this year by Club Secretary, Dave Salmon, Kevin Lee and Callum Pharo from The Old Post Office, the latter also getting the chance to enjoy his very first ‘bounce’ as passenger in Club President, Tim Kneller’s Morris Bullnose.

Amongst the day’s Standard Classes, there were two standout performances. Following his Class victory last year, David Rushton again proved the form man in the Short Wheelbase Class in his MG M Type, with young Chloe Walker a notable award winner on her very first event in the Morris Minor. The Long Wheelbase Class again proved a battle of the Ford Model As, with Andrew Staples a worthy victor in his 1930 example, with Caroline Gilchrist another first-time success story in her 1928 model.

Once again the overall standings were decided by the more modified machinery on display, although the day did not ultimately belong to the perennial winners amongst the Club’s competitive Short Wheelbase Class. Whilst a familiar trio could be found atop the standings, with 2014 Trials Champion, Matt Johnston recapturing some good form in his Austin 7 to take the Uglow Cup ahead of the inseparable pairing of Don Skelton (Austin 7) and reigning 2015 Trials Champion, David Golightly (Ford Model T), it was down to the Long Wheelbase cars to provide the day’s overall winner.

Following last year’s successful defence of the Frost Trophy Trials Championship, Paul Jeavons proved to be the ‘master of the mud’ this weekend in his Vauxhall 30-98 to record a top score of 301 and claim the James Diffey Trophy, ahead of Jeremy Brewster, another to outscore all but one of the Short Wheelbase cars in his Lea-Francis P Type. Will the trend continue when we head to Derbyshire for our John Harris Trial next month (5 March)?

Our thanks go to Graham White and his team for yet another terrific event. Following the announcement of the results, Graham was presented with a bottle of Vintage Moet Champagne by the Club President, as well as personalised leather bag of tools from the Competitors, presented by Steve White. We would like to again congratulate him for his many years of service and dedication at the helm of the Exmoor Fringe Trial and look forward to continue working with him in the coming years.

We also thank the event’s other officials for their part on the day and also the many volunteer Marshals, who again gave up their time to oversee the competition in the wet conditions.

Members can now download Provisional Results, please visit the Exmoor Trial Event Page (CLICK HERE). A selection of photos from the event is also now available to view in the gallery.

CLICK HERE to download a full summary of all the Results from the 2015 Trials Season (Hint: Press 'Ctrl' + 'F' to open the 'search' facility in the bottom task bar and search by surname to find a breakdown of your scores!)

A very special mention to those names highlighted, who competed at all seven rounds in 2015 – their effort and enthusiasm throughout the season show why our Trials continue to be amongst the Club’s most popular events.

The Club would like to thank Peter Livesey for his continued support collating the scores throughout the season. 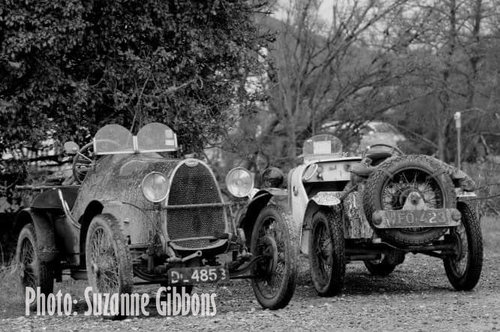