The Club are delighted to announce the appointment of Richard Prunier as the Club’s new Non-Speed Events Secretary.
Richard brings with him a wealth of experience working in the motorsport industry, including past roles with Honda F1, Chevrolet World Touring Car, World Rally Championship and Formula Renault UK amongst others, as well as several voluntary positions, particularly as Chairman of Short Course Off-Road Racing for a number of seasons.

He also has a strong interest in Vintage cars as a current proud owner of a 1929 Humber 9/28 Tourer and previously a 1936 Vauxhall DX.

In his role, Richard will be the lead contact within the Office for the Club’s Trials, Navigation Rallies, Driving Tests, AutoSolos and Tours, working closely with local organisers on all regulatory and administrative tasks, as well as attending many of these events as Secretary of the Meeting.

Richard adds, “I am excited about the new challenge and aim to see the Non-Speed events enjoy the same strong voice and representation within the VSCC as all the other disciplines on offer.

“I look forward to getting to know all organisers, volunteers and Members alike throughout the coming season.”

The Club would like to welcome Richard to T he Old Post Office and wish him well as he starts new role. 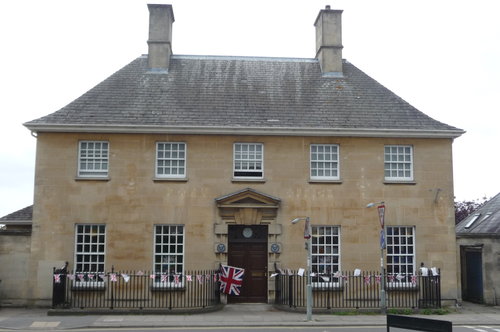