This weekend sees a wonderful variety of VSCC events take place with Club Members in action at both the Harewood Hill Climb and Scottish Borders Tour on Saturday 4 June.
The British Automobile Racing Club (BARC) Yorkshire Centre once again play host to VSCC Competitors, with their annual Classic & Vintage Meeting accommodating the Club’s traditional 16 Classes for Pre-war Racing and Sports-Cars at the ever-popular Harewood Hill Climb. The day will form another round of the Club’s inaugural Speed Championship in 2016 so expect to see another spectacular full entry of participants eager to accrue those all-important Class points.

Harewood is the longest Speed Hill Climb course in mainland UK, hosting 12 events each year, including two rounds of the prestigious MSA British Hill Climb Championship. Set against a backdrop of the beautiful Wharfedale Valley, between Leeds and Harrogate, the venue offers unrivalled views of high speed motorsport action. Cars compete against the clock on the 1440 metre tarmac track, where the very latest single-seater Racing Cars can reach top speeds of 130 mph.

Visit www.harewoodhill.com for more information, including the Entry List for this weekend’s event.

Saturday also sees the fourth annual edition of the Club’s Scottish Borders Tour, organised by local Club Member and Director, Alisdaire Lockhart and team.  This year’s event will in fact venture into England, to visit the site of the Battle of Flodden Field, which took place in 1513, and is one of the most celebrated battles in Scottish military history.

As last year, the Tour will start and finish at the Philipburn Country Hotel outside Selkirk – the venue for the event’s traditional Post-Tour Dinner – with the day’s ‘figure-of-eight’ route covering around 110 miles, taking in a welcome lunch break at the Blue Bell Inn near Crookham, five miles south of historic Coldstream.

The following day, the Borders Vintage Car Association holds their annual Motoring Extravaganza at Thirlestane Castle, which participants of the VSCC Scottish Tour will be most welcome to attend.

We wish all Club Members taking part in either event another wonderful day of Vintage motoring. 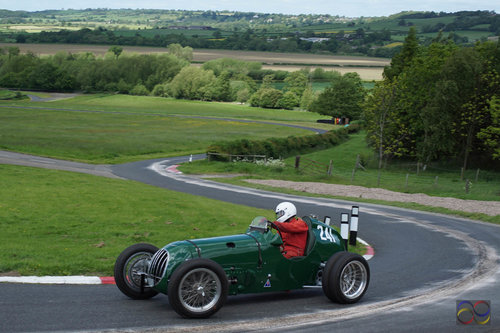