Having consigned many exceptional examples of the marque, this year’s auction on 7 October at the exclusive Belgian seaside resort of Knokke Le-Zoute became an homage to Porsche, and thus became the most successful to date. Two models of the marque – and a Mercedes – achieved world-record prices in the packed saleroom, which saw an incredible 28 out of 30 cars successfully sold.
Highlights of the Zoute Sale included the 2016 Porsche 911 R, regarded as the most sought-after modern Porsche today. Launched new six months ago at €200,000, all 991 produced were pre-sold, so when Bonhams offered the first model to come to auction, there was the expected bidding frenzy. Estimated at €250,000-350,000 (£210,000-300,000), no less than 11 telephone bidders fought against the room where it eventually hammered for €483,000.

Another world record at auction was achieved when the ex-Derek Bell factory prototype 1987 Porsche 928 sold for €253,000 (£228,593). One of only five prototype Club Sports built for Porsche's factory drivers, this model was first owned by five-time Le Mans winner, Derek Bell, and believed to be one of only three to have survived.

The spot for top lot was taken by the 1955 Porsche 356 ‘Pre-A’ 1600 Speedster, one of the very rarest Pre-A Speedsters. A multiple Concours class winner, it boasted matching numbers, matching colours and a very early 1600cc engine from new.

First owned until 1958 by the well-known racing driver, Yves Tassin, who still lives in Knokke Le-Zoute, it was entered by its current owner last year in the Zoute Concours d’Élegance where it won the trophy for ‘Most Sensitive Restoration.’ After a lengthy bidding battle between a telephone bidder and a couple in the room, it achieved €586,500 (£529,920).

“This was our 4th annual Zoute Sale – and it keeps getting better and better,” said Philip Kantor, Head of Motor Cars, Europe. “The event organisers have created a highly professional event and we are delighted to align ourselves with such a prestigious Rally and Concours. These same goals have enabled Bonhams to establish our presence and deliver superb results – with a string of world records being set. It once more demonstrates that collectors will target motor cars with magnificent provenance and rarity status.”

James Knight, Group Motoring Director and auctioneer on the night commented, “The room was packed and the atmosphere was tremendous. We witnessed many spirited bidding battles from the audience as well as telephone and online bidders. These results clearly demonstrate that exceptional prices can be achieved at this venue and we very much look forward to returning in 2017.”


The next Bonhams Motoring Deparment Sale is the Autumn Stafford Sale of important Collectors' Motorcycles on Sunday 16 October, followed by the annual  London to Brighton Run Sale of Veteran Motor Cars and related Automobilia at the New Bond Street Saleroom in London on Friday 4 November. 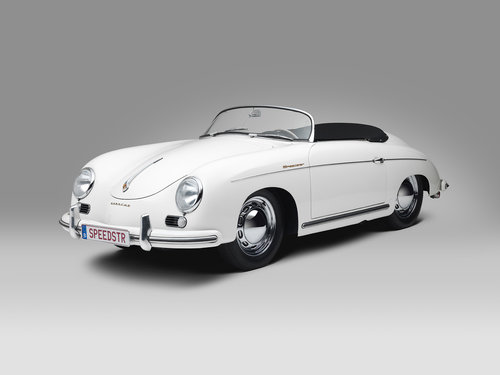