As in recent years, the VSCC is delighted to announce the MAAC as the featured charity at this year’s Prescott Vintage Speed Hill Climb Weekend, taking place at the famous Gloucestershire venue from Friday 5 August to Sunday 7 August.
2016 marks the Midlands Air Ambulance Charity ‘Air 25’ 25th Anniversary year. Since 1991, the organisation has grown from just one helicopter flying out of a temporary airbase to three helicopters serving a population of over 6 million people, with their dedicated flight paramedics and doctors have responded to over 43,000 incidents, a third more than any other air ambulance service in the UK.

With no Government or Lottery funding, Midlands Air Ambulance Charity does need in excess of £7 million to keep its three airbases operational in six counties, including Gloucestershire.  Each mission costs in the region of £2,500, and an average of ten missions takes place every day, 365 days a year. Susie Godwin, Gloucestershire Fundraising Manager for the charity says:  “The VSCC’s support has been tremendous over the years, and we are once again very honoured to be the event’s chosen charity this year. Thank you to everyone who donates to us and helps keep our three air ambulance helicopters operational 365 days a year, Saving Lives by Saving Time”.

As is the long-standing tradition, the Vintage Sports-Car Club heads to Gloucestershire on the first weekend in August for the undoubted ‘jewel in the crown’ of the Vintage motorsport year – the Club’s historic Prescott Vintage Speed Hill Climb, first held in 1938.

Over 300 of the finest Pre-war Racing and Sports-Cars will be in action over the weekend at the famous venue near Winchcombe, many having travelled from all over the world to compete, with representatives from evocative marques of this special era of motoring, including Bugatti, Alfa Romeo, Bentley, Aston Martin, Frazer Nash, ERA and more. And following the success of the last couple of seasons, we are thrilled to bring back Friday’s additional one-day ‘Long Course’ event again in 2016. 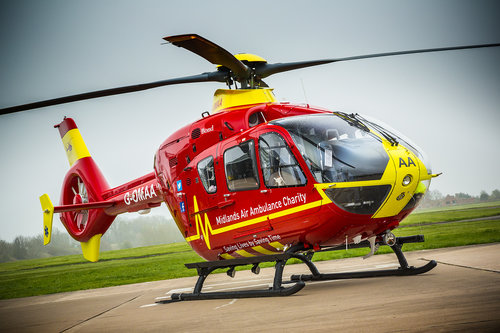