This weekend will see the first daytime event of the VSCC Rally Season, the Spring Rally, which takes place tomorrow Saturday 29 April.
Following the great success of the last couple of years, the Rally returns to the Hampshire-Sussex-Surrey triangle, but will start and finish from a new venue for 2017, The Goodwood Hotel, adjacent to the iconic racing circuit.

Club Director, Dick Patten and his wife Kimberley along with James Campbell will again lead the organising team, with another loyal band of volunteers and marshals recruited for the day. They promise a challenging but enjoyable route of approximately 91 miles through the idyllic ‘South Downs’, which will incorporate a welcome halfway Lunch Break.

They will welcome an entry of almost 50 crews to take part in their Pre-war cars, with an eclectic gathering of both seasoned veterans and navigation novices.

Having won the Club’s annual Rally Drivers’ and Navigators’ Championships for 2016, the team of Nick Wright and Robert Rhodes swap their erstwhile Alvis ride for the alternative challenge of the Austin 7 EA Sports. They will face a stern test in the Experts Class with some of the VSCC’s most experienced Rally pairings in the line-up, including the Frazer Nash/BMW of Mark Garfitt and Dood Pearce, Allan Lupton and David Kirkham in their Lea-Francis, and former World Rally Championship winning Co-Driver Fred Gallagher, this time in the driver’s seat of his Lancia Aprilia, navigated by Alan Smith.

Derek Chatto will be eager to follow his Semi-Expert Class victory in January’s Measham Rally with more success in the Ford Model A, with wife Gillian alongside this weekend, with Robert and Liz Renshaw another husband/wife team who will want to improve on their runner-up finish in class at last year’s Spring Rally in their Austin Tourer.

The Club extend a warm welcome too to the 25 teams in our Novice and Champagne Classes. As with all VSCC Rallies, the day’s Route Instructions will be tailored to the abilities of the all the crews, with the traditional different plotting times depending on experience and different average speeds depending on your car’s performance; we hope these less experienced Competitors enjoy their day and are encouraged to come back for more later in the season.

We would like to wish all Competitors, Marshals and Officials the best of luck for the Rally and hope they have another enjoyable day with the VSCC. 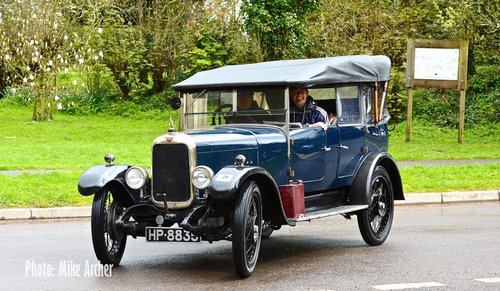