A 1969 Mercedes-Benz 280SL Convertible will go under the hammer at Bonhams Grand Palais Sale on Thursday 4 February, with the proceeds donated to Parisian charity, Fondation de l’Assistance Publique – Hôpitaux de Paris (AP-HP), a foundation dedicated to supporting post-trauma research.
The generous donor, Jim Byrnes – an Australian citizen of French descent and Chairman of BMT Restoration Inc. – selected the charity to support those affected by the terrorist attacks that took place in Paris last year.

“There is a gift in giving,” said Mr. Byrnes. “Combining my love of classic cars with this donation to a worthy cause, I hope that in some small way we will be able to help the people who need it most following this atrocity.”

Philip Kantor, Bonhams European Head of Motoring, said: “Following the events in Paris on 13 November, people around the world have showed their solidarity with France by supporting Parisian hospitals. Mr. Byrnes is showing such generosity, having approached Bonhams to auction his 1969 Mercedes-Benz 280SL Convertible in support of post-trauma research. The motor car is a wonderful and timely addition to the Grand Palais Sale.”

In 1969, the Mercedes-Benz 280 SL convertible was one of the only automobiles to combine the performance of a sports car and the comfort of a sitting room. The 280 SL's ‘user friendly’ nature broadened its appeal beyond the traditional sports car-enthusiast market, leading many celebrities and film stars to purchase the model. Entered at no reserve, the Mercedes is estimated at €80,000-100,000.

Funded by private donations, the AP-HP Foundation, chaired by Martin Hirsch, aims to provide resources for research projects, support clinical research programmes for medical teams and paramedics, and speed up the development of innovative therapeutic approaches. The charity also encourages partner projects with universities, as well as the French Institute of Health and Medical Research, for both French and international medical research. Half of France’s clinical research is carried out in AP-HP hospitals, with more than 3000 research projects currently under way.

Since 13 November, the AP-HP have been called on 24/7, taking in more than 900 people, including those that have suffered severe psychological trauma.

The AP-HP Foundation recently launched a donation website, which can be found at:
https://soutenir.fondation-recherche-aphp.fr/b/mon-don


Bonhams Grand Palais Sale takes place in Paris on Thursday 4 February. For further information on this and other upcoming sales from the Bonhams Motoring Department, visit https://www.bonhams.com/departments/MOT-CAR/ 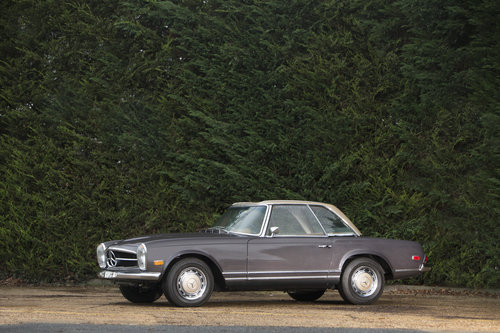