Modern Classics:
The exotic Aston Martin One-77 officially launched at the 2009 Geneva Motor Show. Considered the ultimate expression of an Aston Martin, it featured a full carbon fibre monocoque chassis, a handcrafted aluminum body, and a powerful V12 engine.

A limited number of just 77 were built for the lucky few, and after its launch, each model was immediately purchased. Now, one of these rare modern classics returns to market.

Ordered directly from the Aston Martin factory and delivered new in Switzerland, this One-77 – number '25' of the 77 produced – was not registered until 2014 when the owner drove it for the first time. The car has covered a mere 850 kilometres since delivery and is presented in effectively 'as new' condition. It is estimated at €1,750,000-2,250,000.

Elsewhere, the magnificent, light and powerful straight-8 engined 1925 Bugatti Type 35 Grand Prix Two-Seater, first owned by ‘Bentley Boy’ Glen Kidston. Chassis No '4450' offered was the nineteenth such Grand Prix Bugatti to be manufactured, and boasts a racing heritage that includes notable drivers George Duller, Vivian Selby and Lyndon Ducket. It is estimated at €1,000,000-1,500,000.

Bonhams inaugural Monaco Sale will present an exclusive auction of more than 40 hand-picked, exceptional motor cars. Timed to coincide with the Monaco Grand Prix Historique, the Sale will take place on Friday 13 May.

The venue for this grandest of motoring auctions is the prestigious Fairmont Monte Carlo Hotel, overlooking the Grand Prix Circuit’s famous ‘Station’ hairpin, scene of so much motor sporting drama. 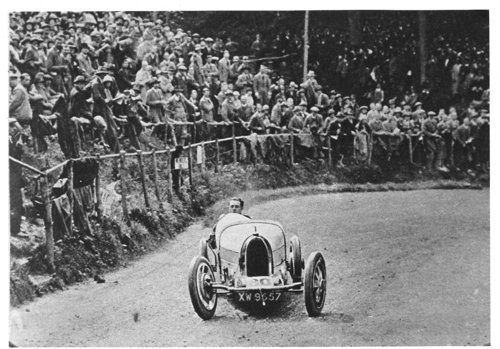