Bonhams newly announced single-owner sale, The Robert White Collection, features more than 300 lots of exceptionally rare motoring mascots.
In the decadent 1920s and 30s, mascots were not only a sign of immense wealth and social standing, but also of discerning taste. They were the ultimate status symbol, and the most iconic of all were those designed in crystal by René Lalique, inspired by the ever-increasing flamboyance of the classic cars coming off the production lines in the 20s and 30s.

The most famous mascot that is still used today is the Rolls-Royce Spirit of Ecstasy, believed to be modelled on Lady Eleanor Thornton and designed in 1911 by Charles Sykes. It became the signature emblem of Rolls-Royce. Mascots have also proved popular with celebrities; silent film actor, Rudolph Valentino, replaced the mascot on his Voisin motor car with one of a striking cobra, and the wedding car of Grace Kelly and Prince Rainier, a Daimler, featured a ‘fan girl’ dancing on the bonnet.

With his appreciation of intricate design and mechanics, combined with a lifetime’s love of motoring, Robert White was a natural fan of the motoring mascot. His collection included rare bronze and glass designs, as well as 37 outstanding examples sculpted by René Lalique.

Lalique produced 29 recognised mascot designs before he died in 1945. His inspiration was largely from the animal kingdom, producing pieces fashioned with satin, clear and frosted-glass finishes.

Toby Wilson, Bonhams Head of Automobilia, said: “The heyday of mascots began in the inter-war years (1918-1939). The radiator cap had become a common feature on the bonnet of most cars, and it provided a natural perch for mascots, which came in a multitude of fantastic designs.

“As styling moved the radiator under the bonnet the use of mascots on motorcars was reduced. It was only in 1974 that for the protection of pedestrians, mascots were banned from the front of cars. Some forty years later, only a limited number of these original sculptures are still available, creating high demand and values that continue to rise.”

Mascots featured in the Robert White Collection include:

An astute and dedicated businessman, Robert White’s success enabled him to indulge a passion for collecting machines and objects that embodied the finest design and engineering. He loved to ride motorcycles and drive fast cars. He learned to fly and bought a Vintage Boeing-Stearman bi-plane to travel round Britain.

He was described by a close friend as: “A modest person who liked the best of what he liked, but was never one for designer clothes and frippery, leaves a legacy that will outlast all of us. The life of Robert will help countless people he has never met. Robert’s illness taught him what is important, and he was in a self-made position to make a life-changing difference.”

Proceeds from the sale of this incredible collection will be used to build new cancer facilities at Poole and Dorset County hospitals, benefiting patients across the whole of the country.

A CHARITABLE CAUSE:
Robert White died of cancer in 2015. His consultant oncologist, Dr. Mike Bayne, said: “The impact that Mr. White’s incredible generosity will have to patients facing cancer in Dorset cannot be overstated.

“This lasting legacy will continue to benefit patients and their families for years to come, enabling the people of Dorset to receive the very latest and most effective diagnoses and treatments for a range of cancers, and supporting our skilled clinicians and nursing teams to be among the most advanced in the country.

“Robert White will forever be associated with advances in cancer care in the county, and on behalf of our patients I would like to express our heartfelt thanks.”

The money raised from the Robert White Collection will help to fund essential improvements in cancer diagnosis and treatment in Dorset. 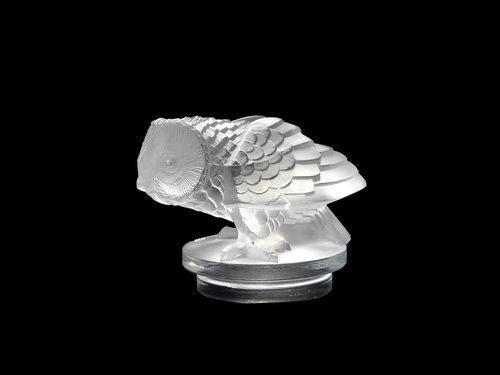