The Bonhams Motoring Department enjoyed a sensational run of sales in September, selling more than 85% by lot and 89% by value. The five sales held during the month achieved more than £30,500,000.
The four auction sales – The Beaulieu Sale: Collectors’ Motor Cars, Motorcycles and Automobilia; The Chantilly Sale; Goodwood Revival; and The Robert White Collection (which also included cameras and watches) – offered more than 1,300 lots. These ranged from rare Lalique car mascots, motorcycles from the 1920s, to a 1956 Porsche 550 Spyder which sold for £4,593,500 at Goodwood Revival, setting a new world record price at auction for this model.

Across the four auctions, 600 new customers registered to bid at a Bonhams auction for the first time – a substantial increase from last year. Moreover, there were 165 first-time buyers at Bonhams who paid a total of £10,900,000, accounting for more than a third of the total spend (£28,489,133) for the four sales.

In addition, there was the Willi Balz public tender sale – a first for Bonhams – that concluded on 27 September. This sale received 380 bids from 104 bidders totalling in excess of €2,400,000.

Bonhams Group Head of Motoring, James Knight, commented, “The results for September were very promising. It is particularly encouraging to see such a significant increase in new bidders and first-time buyers. This demonstrates that we are curating sales with the right mix of lots with estimates at a level to stimulate interest and encourage competitive bidding. I would also add that I don’t think there is another motoring department in an auction house that has the capacity and strength in depth to handle successfully the sheer volume and diversity of lots spread over five sales, in four weeks, in three countries. We now look forward to the autumn and winter series of sales.”

Bonhams’ other luxury departments also had a very positive start to the autumn round of sales.  Fine Jewellery in Bond Street made £6.5million, with a fancy intense blue diamond selling for £2,322,500. In the Robert White Collection Sale, a very rare and fine 18K gold George Daniels limited series manual wind instantaneous calendar wristwatch far exceeded its pre-sale estimate of £70,000-100,000 to sell for a world-record £225,000.


For further information on these Sales and other news from the Bonhams Motoring Department, please CLICK HERE. 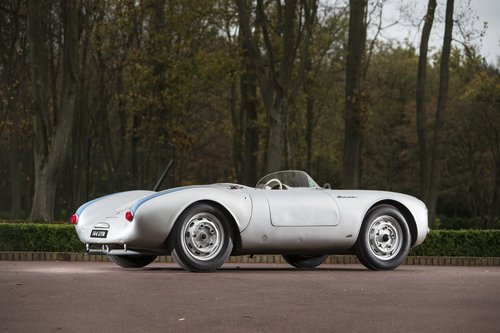