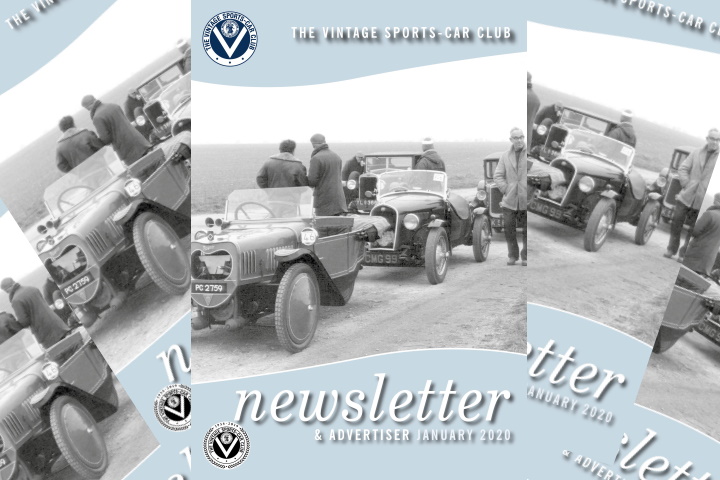 The January edition of the Newsletter is now available for Club Members to download. 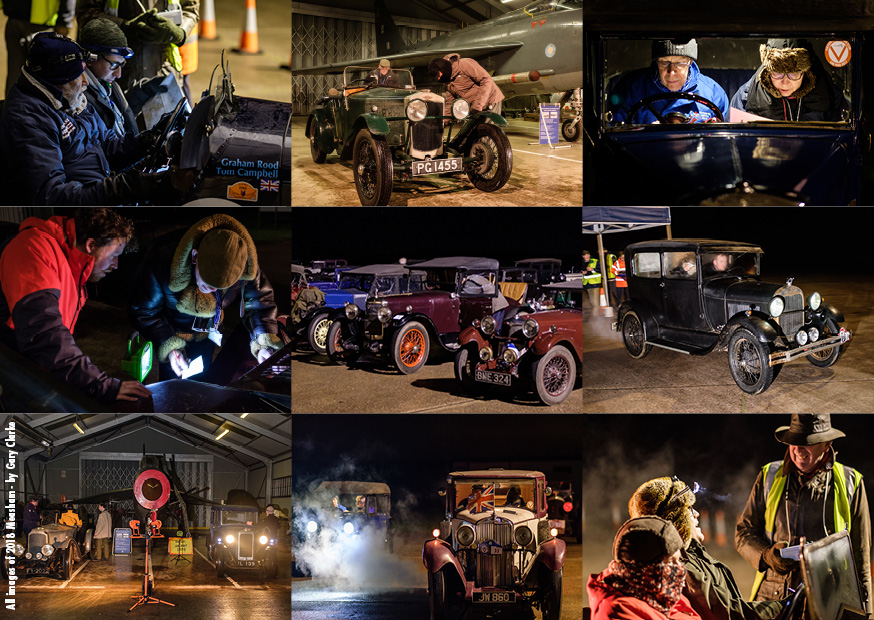 Current president of the VSCC Jenny Lees has decided, for personal reasons to step down from the role. 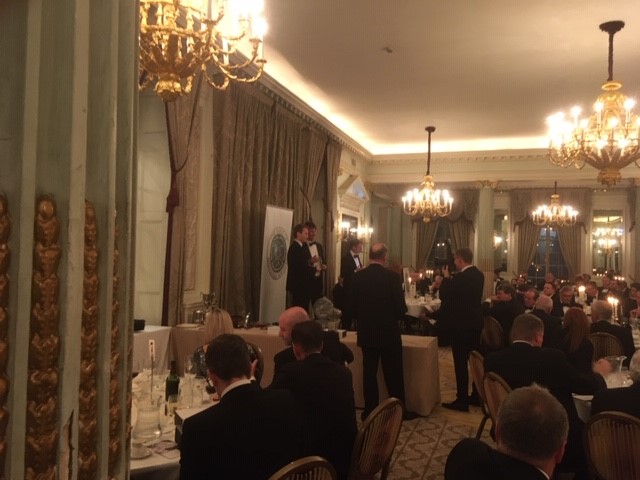 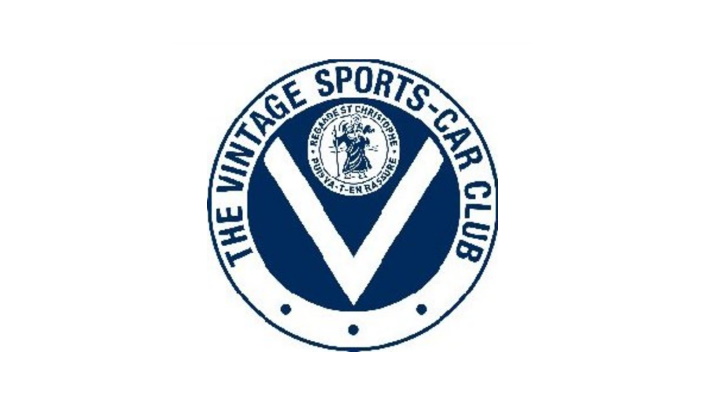 A revised list of VSCC events has been announced by the competitions team at TOPO for 2020. 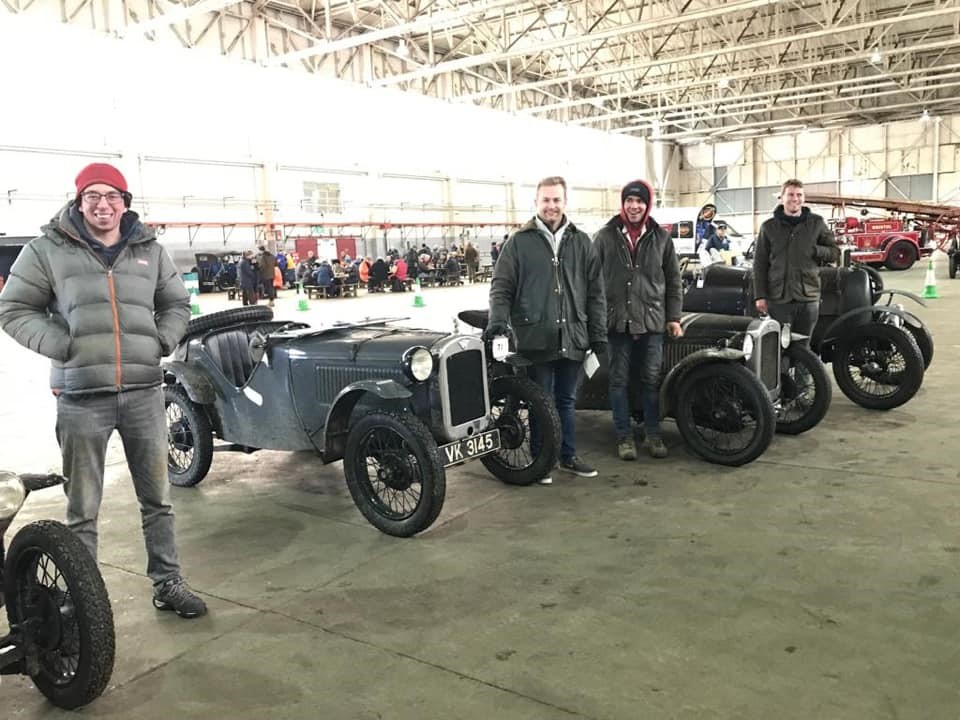 It was smiles all round at the Winter Driving Tests at Bicester Heritage;

The HillClimb and Historic Racing points published in November and Decembers newsletters are incorrect. 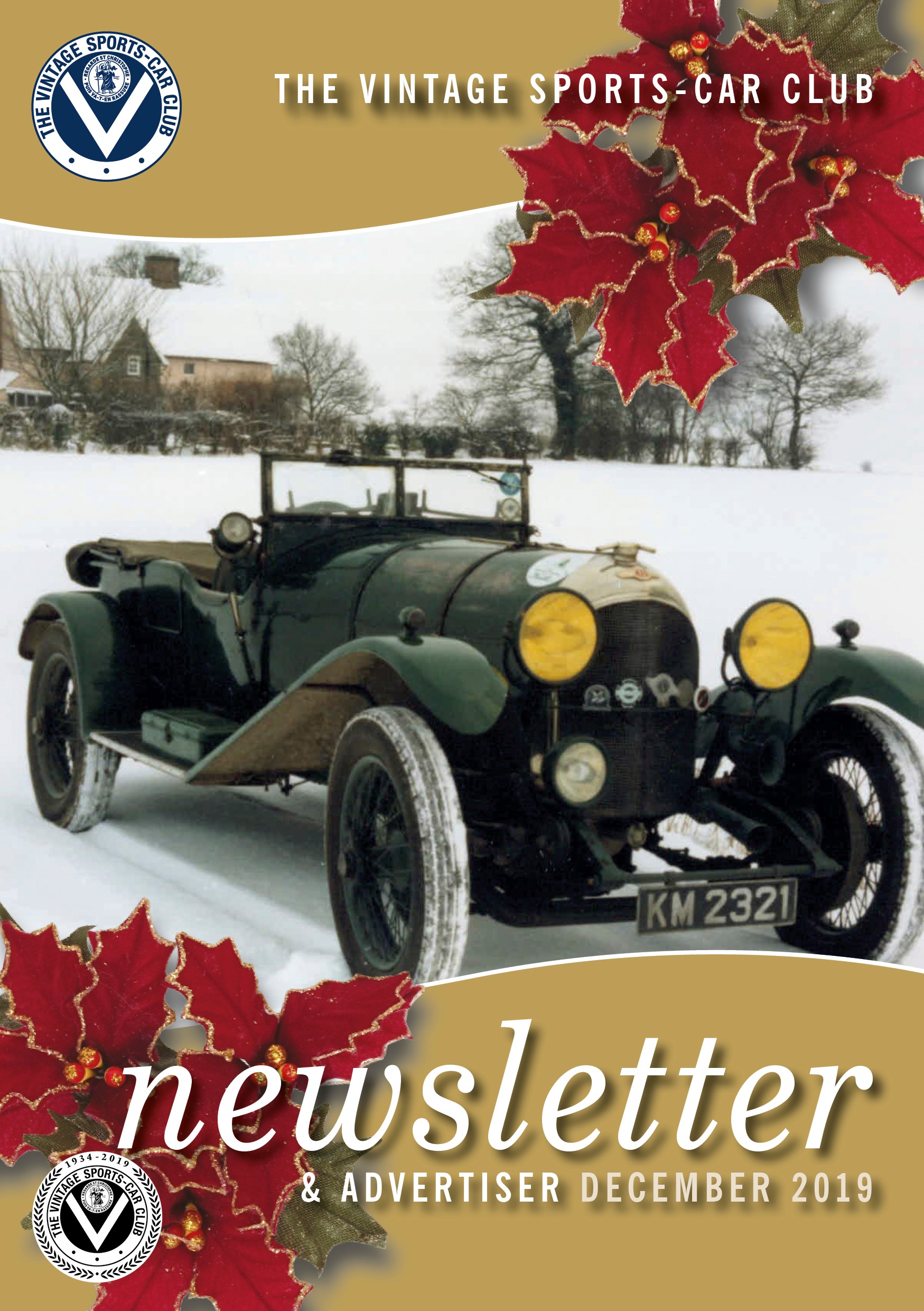 The December edition of the Newsletter is now available for Club Members to download. 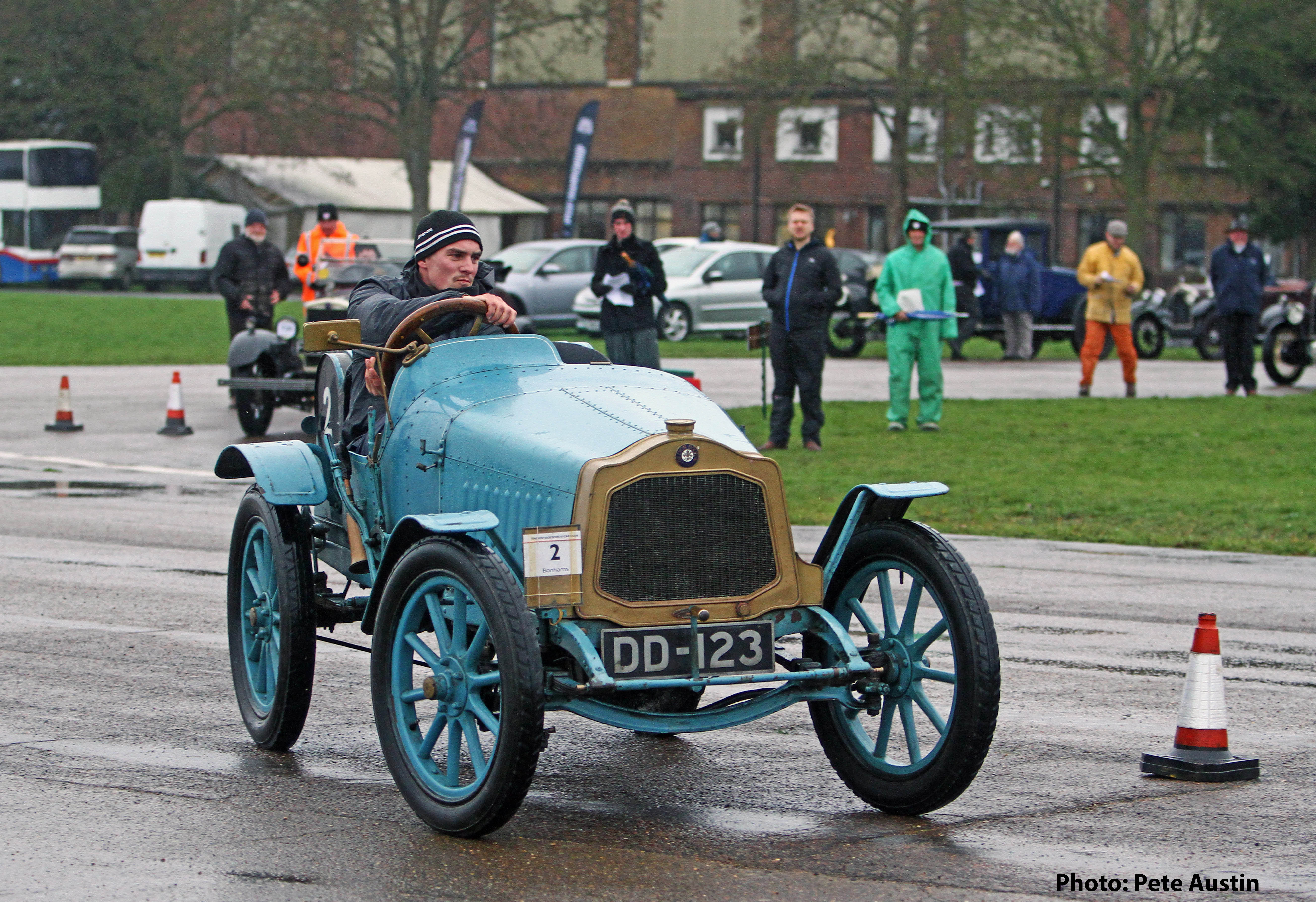 Over 60 competitors in a fabulous array of cars are due to descend on Bicester Heritage this Saturday 30th November 2019, to take part in the annual VSCC Winter Driving Test.

Motorsport UK have recently changed the licensing requirements for all competitors on Trials, Rallies, Driving Tests and Autosolos and the applications are now being accepted for these new licenses.

We recommend all VSCC Competitors affected by these changes apply without delay.

Voting has now opened for VSCC Volunteer and Race Driver of the Year.

Both awards are voted for by fellow marshals and drivers respectively. 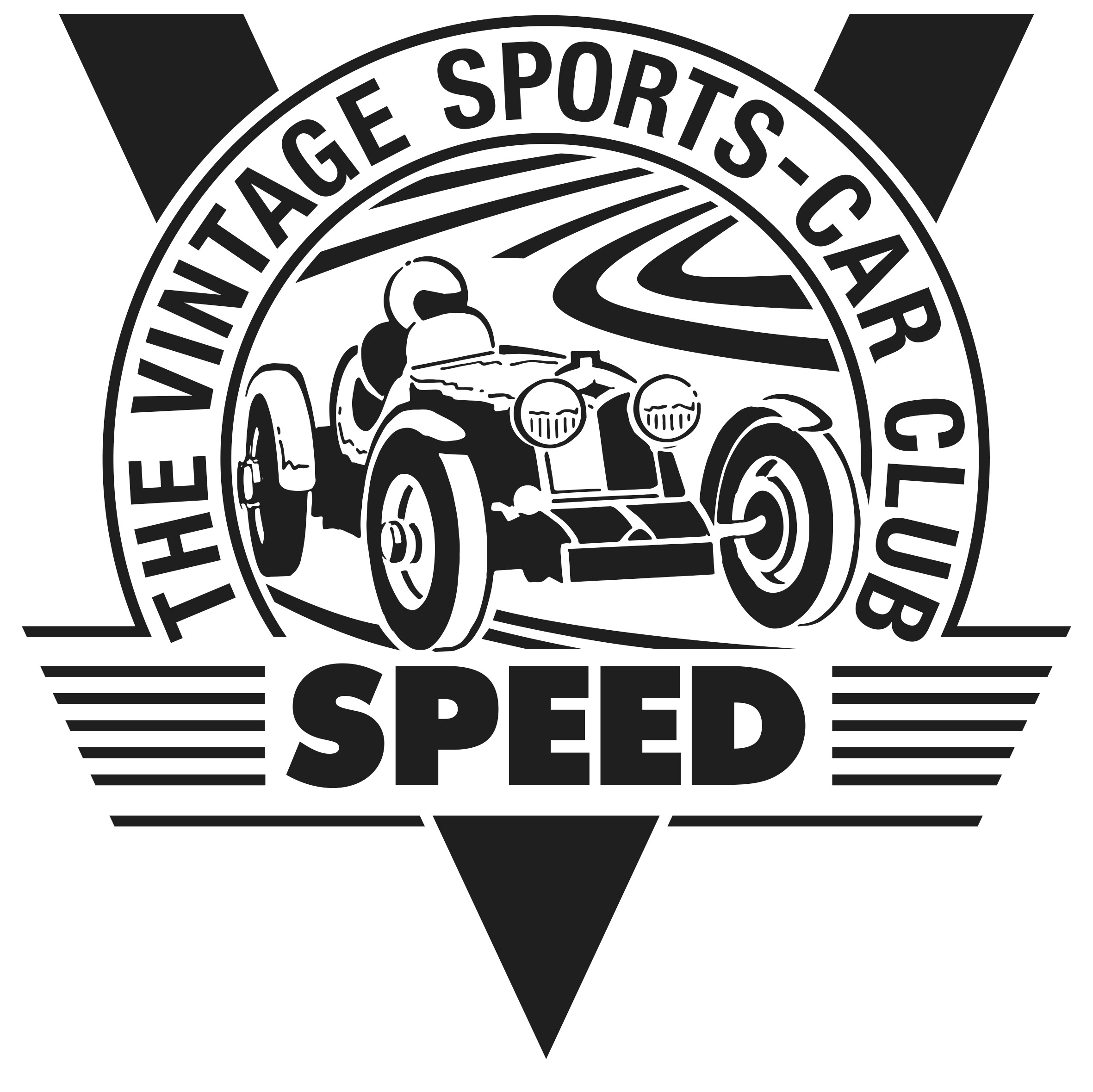 VSCC Speed Secretary is Moving On

For those that do not already know, Rachael Watkins, our Speed Secretary will be leaving the Club on Friday 15 November, having joined the team in September 2016. 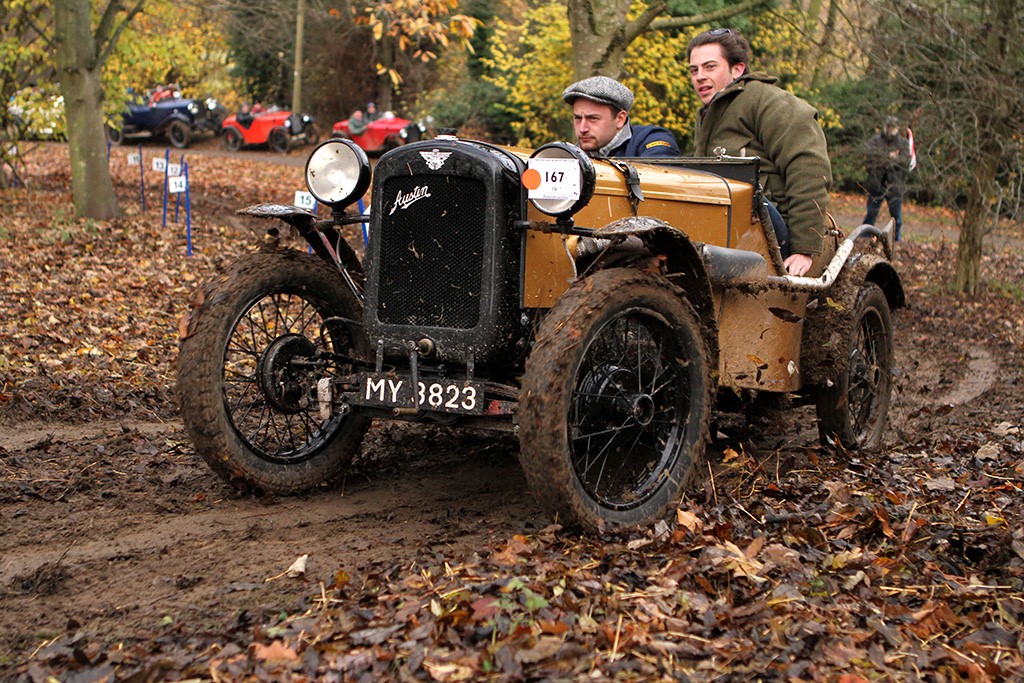 ...but NOT the Vintage Sports-Car Club.

A full entry of 110 cars and their crews will be in action, including 23 drivers competing in the day’s Novice Class. The Cotswold Trial is one of the off-road Trial events that the VSCC run every year for Pre-war cars.

Competitors will arrive at Prescott earlier in the morning to sign-on and have their cars scrutineered, they will tackle 9 hills in the local area. Spectators are encouraged to arrive at Prescott in time to view the action as competitors return at approximately 12.00pm onwards to drive the final 3 hills set out at Prescott. 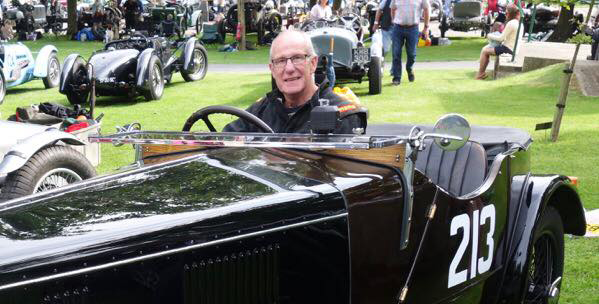 Following a vote by the Directors of the Club, the VSCC is delighted to announce that Paul Tunnicliffe has been appointed as President Elect of the Club, officially taking office at the Club’s AGM in March 2020.

The Directors and Staff of the VSCC congratulate Paul on his appointment and look forward to working with him during his Presidency.

For 2020 Motorsport UK is introducing the requirement for all competitors to hold a new RS Clubman licence as a minimum, which will be free of charge. If you compete, navigate or passenger, but don’t currently hold a licence you will need to apply for this. These changes will affect Autotests, Trials, Cross Country, Road Rallying, 12 Cars and Scatters. Passengers will also now be required to hold an RS Clubman licence. The RS Clubman licence can be applied for online from 18 November and aims to encourage more grass roots participation, as well ensuring all Motorsport UK event competitors are covered by comprehensive insurance. Additionally, licence holders will have access to Motorsport UK’s Member Benefits Programme that includes the new upgraded personal accident cover. https://www.motorsportuk.org/assets/competitorsminimumacceptablelicences2020.pdf 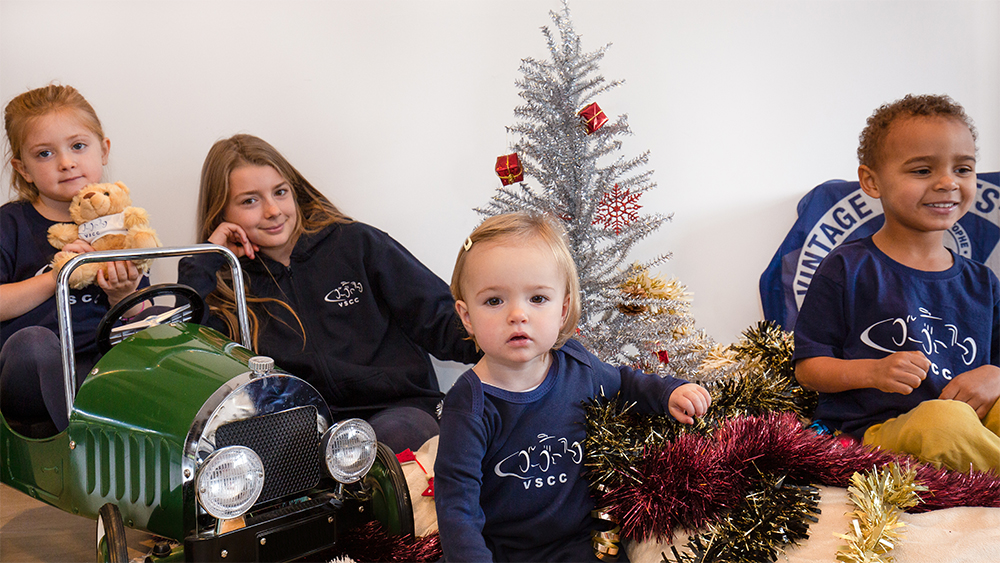 Like it or not, Christmas is coming.....and the quest to find the perfect present for the younger family member who has everything begins!  This year, we are going to help you fill those stockings with a range of VSCC branded children’s and babywear (or why not treat them to a VSCC teddy!?) but be quick! – for delivery to your chimney in time for the big day you must get your order in by 6 December.  Click here to shop for our Christmas 2019 children’s and babywear range.

And if you were lucky enough to attend the 'Alternative' 85th Anniversary Celebrations and would like a memento you'll find our Anniversary Team Scarf to remind you of those glorious summer days which seem so long ago!  Happy shopping and Merry Christmas! 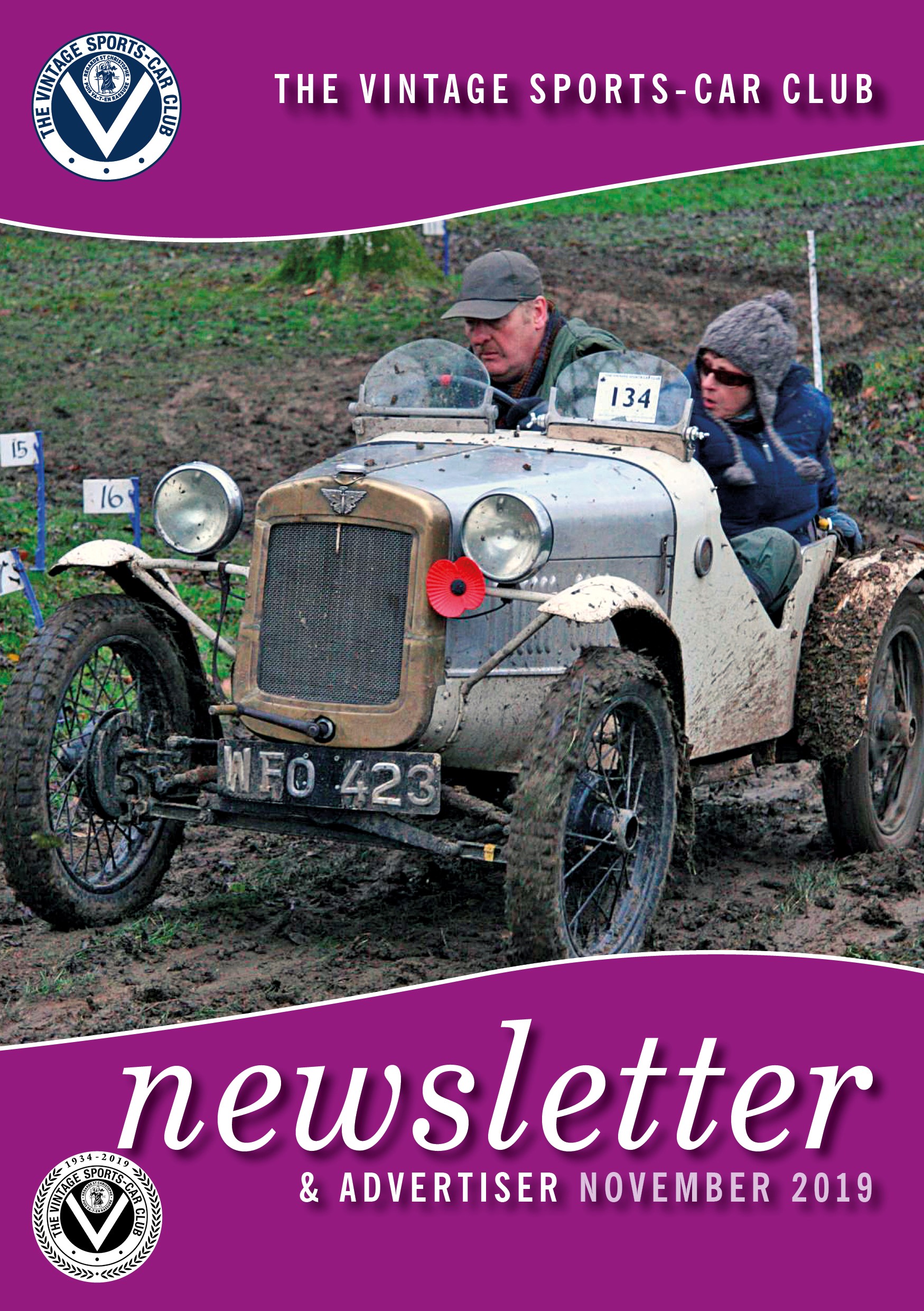 The November edition of the Newsletter is now available for Club Members to download.

Club President Jenny Lees is proud to announce The Vintage Sports-Car Club have made the finalist list in two of the prestigious categories of the inaugural Royal Automobile Club Historic Awards 2019.

The opening round of the VSCC Formula Vintage Season, held at Silverstone on 13 and 14 April 2019, brought the spectacle of a Le Mans Start back to British shores for the first time in over 50 years.  Working closely with the Benjafields Race Club, the VSCC brought 40 vintage Bentleys to Silverstone, where they lined up for a pre-race grid walk enjoyed by hundreds of spectators before drivers sprinted for their cars and a place in the history books in front of a crowd of thousands.

As well as the role of Chief Librarian, Ian is a staunch supporter of the Club and regularly volunteers at meetings, exhibitions and events – anywhere that needs a safe pair of hands!

Ian’s generosity of spirit and dedication to vintage motorsport - and the VSCC in particular - over decades encapsulates the spirit of this remarkable and unique club.  Not only is he a cornerstone of the many volunteers that support the Club in so many ways, but his patient assistance and support to Club staff at TOPO and to members across the globe does much to ensure that the world of vintage motorsport is preserved for future generations and that the encyclopaedic body of knowledge of so many members over so many decades is passed on.  In addition, his stewardship of the VSCC Library is not a role to be undertaken lightly; the responsibility for the guardianship, preservation and development of such a huge body of knowledge is a substantial one.

The winners will be announced during a special presentation evening at the Awards Dinner 21st November 2019 at the prestigious Royal Automobile Club, 89 Pall Mall, St. James', London, with a trophy given to each winner onstage.

I am sure you will join me in wishing both finalists all the best on the night.