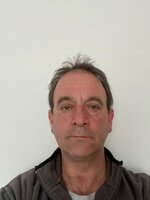 My family have been heavily involved with the VSCC since 1962,  I was brought up surrounded by my father’s vintage cars, which included Alvis, Lagondas, a Tamplin and a Frazer Nash, and my parents were both Secretaries of the LCES.

After 20 years as a professional musician,  I decided it was time to return to my routes, and in 2000 I set up my own business, Edwards Motorsport.  I bought the 1st of several Austin Sevens, starting with my trials car which is undergoing a rebuild at the moment, eventually managing to upgrade to a Frazer Nash in 2012. I have, with my wife Jo, been a regular competitor in most disciplines of VSCC motorsport  and won the club’s premier trophy in 2014 and 2016. In 2014, I was asked by Peter Glover to join the Eligibility Sub-Committee, and after 5 years of involvement, I have now been asked to head up the committee from March 2020 which is a great honour. In addition, I am on the Frazer Nash Committee and also hold the position of Eligibility Officer within the FNCC.  This, alongside running the workshop, means that I am surrounded by pre-war cars pretty much 24/7!

In the last few years, I have been lending my cars out to the younger generation who are not in a financial position to buy their own, and would like to encourage our older members to do the same. It has given me just as much pleasure watching my cars being driven with skill and responsibility by various younger members as it does when I’m driving them myself. We need the youth if our club is going to continue successfully.

The club is a hugely important part of my life, I have made lifelong friends through the VSCC, but sadly  I feel it has been losing its direction recently. I now feel I have the time and experience to offer my services to the committee, and I would very much like to be involved in ensuring the  VSCC remains the great club it has always been.